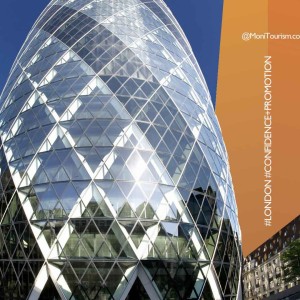 A new report from the United Kingdom’s Office for National Statistics projects that London will overtake Paris as the world’s most visited city of 2013 once ‘all the votes are in.’ London & Partners, the official promotional organization for the city of London, claims that it is their investment in the 2012 Olympic Games in London that has inevitably lead to the international surge in tourism for the famed city. How did they do it? According to The Daily Mail (another UK institution), the answer appears to be relatively simple: increased mayoral confidence in the city’s status as an international culture and shopping tourist destination. Citing 5% increases in shopping, hotels, restaurants, and visiting attractions during the summer compared to the same time last year (during the London Olympics), Mayor Boris Johnson confidently claims that London is “without doubt the greatest city on the planet,” which is interesting. Because, what Mayor Johnson is promoting is not unique to the city of London; it points to a global rise in the trend towards Western leveraging of ‘urban nationalism’ – or, the (often-belligerent) following of an individual’s social, political, or economic identity as a city – as well as ‘urban exceptionalism’ – the perception that a city is special in some way and, thus, does not need to conform to generally-accepted rules or principles. But, the question remains: Will London in fact take over the number one spot as the world’s most visited city once all the ‘votes’ are counted? An article from The Daily Traveler, a subsidiary of Condé Nast Traveler based in New York City, emphasizes the fact that the UK’s Office of National Statistics projections are just that, projections. According to a report from MasterCard’s Global Destination Cities Index (also headquartered in New York City), Bangkok – not London – should end up being the world’s most visited city of 2013, edging out London by approximately $200,000 in revenue. In fact, only four Western cities even made MasterCard’s list with Paris coming in 3rd, New York 5th, and Barcelona rounding out the top 10, begging the question: Is the global travel and tourism community overlooking the ever-growing Eastern marketplace? Perhaps the answer remains to be seen; but, regardless of the answer, it seems Western urban nationalism and exceptionalism has become the guiding light for global travel and tourism, raising the question: Is London really the world’s new, most-visited city, or is it just its most confident? And, perhaps more interestingly: If the UK keeps raking in the dough, does the answer really matter? With the line between public perception and real results continuing to be a razor-thin, double-edged sword, London’s campaign for the title of world’s most visited city seems to be less about the quantity of visitors or revenue brought in and more about the quality of the institutional push for global supremacy. Maybe the old adage really is true: if you just believe in something with enough will and force, it really can come true. For more on the UK’s Office for National Statistics and their findings, visit their website here. The City of London’s tourist strategies, here. MasterCard’s 2013 Global Destination Cities Index, here - additional infographics can be found here. For more on ‘urban exceptionalism,’ visit the History News Network here.

Will China’s First Tourism Law Make The Rest Of The World A Forbidden City For Chinese Tourists?

Incan Gold Coming to Europe, as Long as Schengen Opens Its Doors